Is hemoglobin low? Or more? - safe-LifieToday

Is hemoglobin low? Or more? 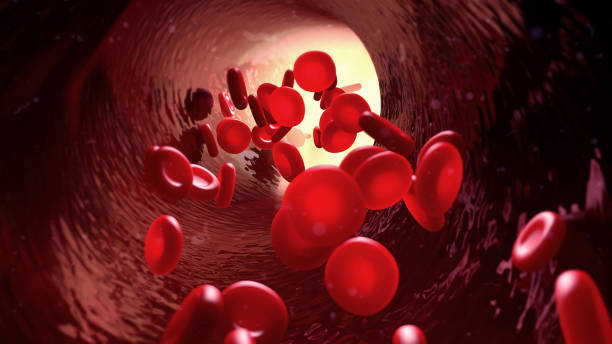 Iron is an essential nutrient that we need to take into the body with food. We need to take 13-20 mg daily with food and if we are a pregnant mother we need to increase it to 27 mg.
Many people now have a problem with this iron problem. When we were little we learned that spinach contains iron. But now it is rarely read. Because now iron is in iron tablets. I am not going to make a scientific explanation about hemoglobin or iron in this article. This is my attempt to pave the way for a diet that we can overcome.

There is an inextricable link between hemoglobin and iron. Where there is iron there is often red. If the soil is red, it means there is iron in it. Iron is also the cause of red blood cells.

Iron deficiency and iron deficiency are a problem. Just like glucose. Less is more, problem is more. Iron deficiency is called anemia. Increased hematoma is called hematomachrosis. There are a number of hemoglobin-related diseases, such as anemia and thalassemia. But all of these belong to one of the above two categories. Genetic and other external factors are thought to contribute to the development of these two types. However, Western medicine has not yet found a cure for this condition. But in Hela Wedaka there are many remedies for these.

Another factor in the need for iron is the production of energy by our cells. Iron is essential for burning glucose and producing energy called ATP. This causes a person with iron deficiency to lose energy. Feeling extremely tired. There is a strong drowsiness.

The brain uses about 75% of the iron we eat to make red blood cells. About 15% is deposited in the liver, muscles and heart, and the rest is used for other functions. A small amount is eliminated from the body per day. Liver and heart also have the highest amount of iron in meat. The rest of the meat also contains iron. If a person's bone marrow is weak, his red blood cell production is poor. This is why keeping bone marrow healthy is so important.
Vegetables also contain iron. But these iron are not absorbed by the body as easily as the iron in meat. As a result, people without meat have a tendency to have low hemoglobin. They should reduce their iron deficiency through supplements.

Iron deficiency is one of the major problems in the body. Excessive fatigue. Laziness, drowsiness, shortness of breath, muscle aches. Features such as are key. A blood test can show that the cause of all this is a decrease in hemoglobin. But there are several other major reasons for iron deficiency. We know a few of those facts.

Iron is an essential mineral for the growth of bacteria. Knowing this, our body quickly stops supplying iron if a bacterium enters our body. This is why when a person develops a fever due to bacteria, he becomes more sleepy. This condition lasts until the bacteria are removed and then disappears. We know that most of the time we go for a blood test because we have a disease. If we tested the blood for a bacterium like the one mentioned above, you may have a report that you have a low hemoglobin level. Therefore, the first thing you need to do is to get the test done again when you are not sick. Then the real situation will be known.

Gastritis is a disease that affects many people. There is a bacterium that causes this disease called h pylori. Even when he is there, our body tries to reduce iron. The reason is that the bacteria stop feeding. It is a service rendered to us by our body, but the result of a blood test at this time may be different. I am not lying about this report. I am talking about the time when we are subjected to such tests. That is what we need to be concerned about. It is important for people with gastritis to first know if h pylori is in their diet. Then first we can do the necessary medicine to get rid of that bacterium. Only then should the blood be tested. Is low hemoglobin the presence of bacteria? Iron deficiency can be diagnosed by a bioresonance test. If you want to know about this test, call the number below.

Decreased iron absorption is another problem. Gluten is the main cause of reduced absorption of not only iron but all nutrients. Bringing the highest amount of gluten to our table is a meal made from flour. So the first thing we need to do is prepare a meal without bread flour. In this way, first avoid the following foods.
Flour
Deep frying food
Margarine
Barbecue
Meat containing nitrates
Artificial meats
Carbonated beverages

Getting rid of clutter can be a daunting task. Otherwise, even if you take medicine from a sage, it will not work.

Another reason is to eat iron-rich foods together with foods and nutrients that interfere with iron absorption.

Although iron is present in these foods, we need to know exactly when to eat these. Eating all of this in one dish does not accomplish our purpose. So we get a proper understanding of it.

If the patient is a meat eater, eating meat should be done separately. If it is done between two meals then it is better then there is no obstacle for the body to absorb the iron in the relevant meat part. The problem with combined with other foods is that the absorption of iron is reduced when the following nutrients and foods are present.

Phytate is a protein found in grains and nuts. This protein prevents the absorption of certain minerals in the diet. Many of the foods we eat daily contain these phytates. Therefore, eating meat with grains and nuts is not recommended for patients with this type of anemia.

Iron-rich foods should not be taken with calcium-rich foods. This is because calcium interferes with the absorption of iron.

Iron-rich foods should not be taken with the following foods. The reason is the same as before.
chocolate
Red wine
Vegetables
Find out
Greene T.
Black tea
milk
the eggs

If you can eat all these foods about two hours after eating it, it will help a person with this condition to get rid of iron deficiency.

There is also a vitamin that accelerates the absorption of iron. That is vitamin C. Therefore, it is advisable to eat meat with lemon or lime with vitamin C. Lime or lemon should be added at meal time. Adding it to the cooking time without it reduces the vitamin C due to overheating.

Our body must have some mechanism to keep the hemoglobin level constant. Do you accept that this situation is due to a fault in the mechanism that controls the increase or decrease of that value? There is a mechanism in our body to temporarily control this condition by taking iron stored in the muscles to reduce the amount of iron. Hepcidin, a hormone produced by the liver, controls the condition needed to keep hemoglobin levels constant. If our liver is weak, the production of hepcidin is also impaired. Have we ever thought of this situation? If so, we must first enter into a process of keeping the liver healthy. Eat foods that keep the liver healthy. Poison should be kept as far away as possible. Stay away from pain killers. Alcohol should be stopped. Hepcidin production cannot be expected if the liver is weakened due to all these factors. Because of this, a healthy hemoglobin level cannot be expected from someone with a weak liver. The liver of such people should be boiled first. This condition can affect people with fatty liver. Let's talk about the liver in a separate article. Because it’s a bit of a long topic.

Western medicine acknowledges that genes have been linked to decreased hemoglobin production. According to Western medicine, this condition is caused by a gene called c282y. This gene is also linked to a condition called cystic fibrosis. However, a study in the United States found that supplementation with the mineral selenium can cure cystic fibrosis. If so, selenium may also provide some relief from this condition in hemoglobin. Copper also plays a role in iron metabolism. Therefore, adding copper and selenium to the diet in a natural way can get rid of this condition.